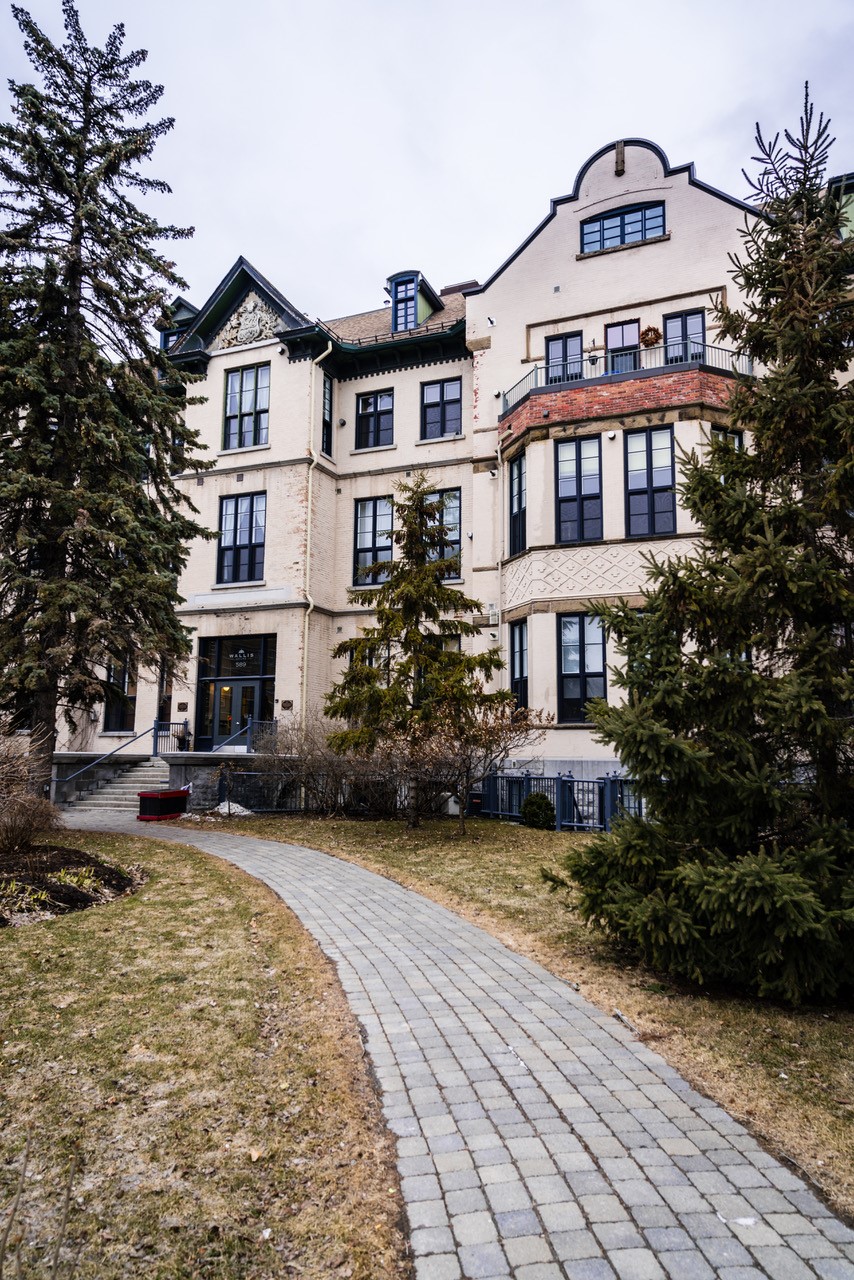 Wallis House is a designated Heritage building originally built as the Carleton County Protestant General Hospital in 1873. The hospital closed in 1924 and the building then had several uses until it was abandoned and left vacant for several years. In 1994 it was purchased and restoration began, culminating in the successful completion of 47 high-end residential condominiums in 1996.